Since I was about 14/15/16 or so, I decided that I didn't want to eat meat anymore. Because I was rather... anorexic (yes, really- me :D), I made a deal with my mom that if I could cut red meat out of my diet and keep eating chicken and fish. This lasted a few years and I wavered between eating white meat and not, only really eating it when it was served to me at home. When I moved out of the house, I still kept with eating only white meat, mainly because I was cooking for both me and my fiance. I recently decided to go full-veggie (soon to be vegan, I'm slowly getting there) despite the fact that I sometimes have to put more effort into food to accommodate both my fiance and I (it isn't even much effort- I will post some of my favorite recipes at some point, it's really easy to cook for both a meat eater and a veggie). I get really frustrated with people attacking me on my views and trying to force me to eat meat. Questions such as:

The colours are pretty

Being vegetarian helps me to make healthy choices

As I mentioned previously, I struggled with anorexia in high school. I still have a very unhealthy relationship with food, and feel guilty at even the slightest indulgence. Being vegetarian means that when I am eating on the run (as students tend to do), my options are limited and I can therefore make healthier decisions than I would have if I were a meat-eater. For example, when I go into Pick 'n Pay and I have a few minutes to choose a food, I would usually go for something delicious and unhealthy like a pie or a meal special or something. But since all of these things in the shops seem to contain meat (and on my 3 vegan days a week- any animal byproduct), I make the decision of having a fruit salad or some vegetables, or even a smoothie. Limitations make me healthier!
And as a result...

It keeps my weight down

If I didn't eat the way I do, I would be huge. And half the reason for this is that I absolutely LOVE burgers. Going back to the idea of limitations, most restaurants don't serve veggie burgers, which is rather sad but it's probably a good thing! This way I don't get the extra portion of chips that is included with the burger, and I make a healthier choice. 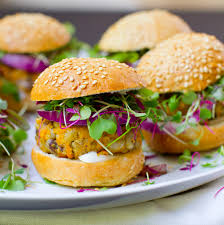 Since I went vegetarian, i have had absolutely no skin problems. I have good skin, but before I started eating better I had breakouts every week or two which really made me feel *ugly*. Now I don't have problems with that anymore :D

I don't feel guilty about eating my friends

Those of you who know me, will know that I have a child-like obsession with animals. I follow them into bushes, I wear them as hats (you know what I mean :P), I draw them EVERYWHERE, and when you become my friend I follow you around like a dog. I don't like eating my friends, and to take ethics out of it completely, because I just feel... guilty. 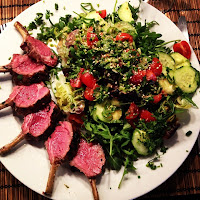 Meat is really gross to cook with

Just a personal opinion, I hate cooking with meat. It feels disgusting, it smells disgusting and it's a pain to clean up. With veggies it's a lot easier, and a lot less hassle. You don't have to defrost them, you don't have to keep everything as sterile as possible (well, you know what I mean), it's just so much... easier. As a further note, I really don't like the taste of blood at all in my food. And from that I move on to my final reason:

I have learnt to cook from it

Before I cooked veggie, I didn't eat things like garlic, ginger and onion and I had no idea how to use things like turmeric and herbs. When you eat vegetarian, you don't have the natural flavours that come from flesh, and you have to make up for it with spices and herbs. Which is awesome. I can cook better now than I could ever before, and I have so much fun experimenting with different flavours.

So there you have it, my selfish reasons. Please leave a comment, I'd love to hear what you have to say :)
Posted by Jen at 07:05