Things Everyone Should Have on Their Bucket List....
That are rather relevant to my life at this point in time!

Make what you love your life

This is something that I've been trying to do for a while now with my little Crafty Fox business. It's something that'll take time but I really hope that I can generate enough income to at least sustain creativity as a part time job in the future :)

One of my favourite things to do is go to animal sanctuaries and welfares. I love volunteering to walk dogs and play with them and all of that, but it's a good idea to expand ones circle of awareness and take a trip to one of the much sadder places to visit. Yesterday I went to the Drakenstein Lion Park- wow, that was sad. You see all of these beautiful animals who have been rescued, and some who had never seen the outdoors before they were rescued. Many people find it difficult to listen to the stories of neglect and abuse, but I think it's a really good thing to do. When you learn more about what animals have been through, you don't only learn more about them but also about humans, which can be a very difficult thing to do.

As far as being aware goes, this shouldn't be limited to just animals, but also human suffering. I'll admit that I care a lot more about animals than I do humans, but it's important to make sure that you don't just focus on one aspect of the world and reject the rest of it. I'm a nerd when it comes to museums, I absolutely LOVE them! I've been to many of the South African museums, and the one that interested me the most was the Durban Holocaust Center. Although I admit I had to step out of the room for a few minutes due to feeling incredibly dizzy (some of the displays really do get to you), I found the center to be so informative and interesting.

Take a selfie with an animal you've always loved

So... The selfie craze! Yes, to some it may seem ridiculous. However, yesterday (for the first time) I got to see a llama, which is an animal I've ALWAYS loved. I don't know what it is about them (probably how ugly they are) but I find them to be the most adorable creatures. Next on my list? A fox <3 nbsp="" p="">

... More news on this one coming soooon :P:D I can't give away anything too soon ^.^

Clean up a beach

This is something that I've done a couple of times, but yesterday I took a trip to Gordon's Bay and was on the beach with a friend cleaning up things. It's disgusting how badly people treat our environment. It makes me really sad and a little ashamed to call myself human. Apart from doing nature a big favour, cleaning up the beach is an awesome opportunity to find really cool things. For example, yesterday DandyLion found scraps of a dutch novel that looked like a murder mystery story! So fascinating! 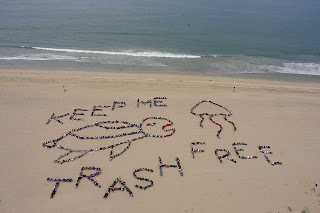